Thinking about buying a home in 2020? Here’s what you need to know about the market conditions. 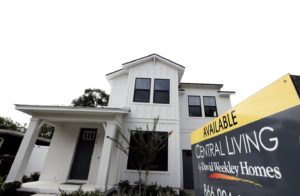 Rarely has a decade produced the kind of wild swings in residential real estate prices as we’ve seen over the past 10 years.

Ten years ago, the United States was still in the throes of the Great Recession, in practice, if not in fact, and real estate suffered more than most industries. Nearly 9 million Americans lost their jobs, and at least 10 million people lost their homes to foreclosures or short sales. Within four years, nearly 50 million Americans were living in poverty.

In many major metropolitan areas, home prices collapsed. In Chicago, Las Vegas, Phoenix and many other cities, home prices sank as much as 70 percent. In Detroit, homes were selling at auction for as little as a few hundred dollars.
The Sept. 15, 2008, bankruptcy filing by investment bank Lehman Bros. marked the unofficial start of the crisis that nearly took down the financial system.

In 2010, barely 300,000 new houses were built and sold. It took until the middle of the decade for the greatest buyer’s market in history to turn into the greatest seller’s market since at least World War II. Overnight, it seemed, we went from having too many homes for sale to not having nearly enough.

Home prices skyrocketed in all but a few metropolitan areas, like Chicago, which had some of the largest numbers of foreclosures and continues to suffer from a hangover caused by decades of poor political stewardship combined with high property taxes and declining population numbers.

Builders discovered they could get financing for rental properties, so they switched over to build on the “WeLive” model, shrinking the size of units, packing on the fancy amenities and raising prices — all of which has contributed to the shocking rise of rental prices over the past 10 years. According to the U.S. Bureau of Labor Statistics, the cost of renting a primary residence was 31.53 percent higher in 2019 vs. 2010.

And, here we are, starting 2020 with a serious lack of affordable houses for sale (despite mortgage interest rates hovering near all-time lows). Sellers, for a variety of reasons we’ll discuss in an upcoming column, aren’t selling, and competition from other home buyers and savvy, well-funded investors is steep.

A year ago, we noted that prices had started to stagnate or even fall in formerly hot markets, like parts of New York, Southern California and Dallas, while prices in Chicago, Las Vegas and other markets hard hit by the Great Recession were still where they were in 2006. (Some homes in Chicago are now selling for less than the owners paid even 20 to 25 years ago.)

It now looks like we’ve entered 2020 with a slightly slowing market. The National Association of Realtors has predicted the housing market will slow around 2 percent. Prices are already falling. There are far fewer bidding wars going on, less activity. In the next decade, we’ll continue to see the rise of the iBuyers, websites like Zillow, Redfin and OpenDoor allowing consumers to buy and sell on their platforms, with or without agents, and it remains to be seen how much all that will cost.

The good news is that millennials are finally starting to buy homes, and the early indications are that Gen Zers are financially savvier and want to buy a home sooner rather than later. Demand will be strong, or at least strong enough.

Buying a home remains, according to survey data, the American Dream. If that’s true for you, follow these recommendations if you’re preparing to buy a home (particularly a first home) in 2020:

1. Don’t overbuy. Prices are high enough. Don’t get tempted by beautiful pictures online of unaffordable homes (or amenities). Get preapproved for your mortgage so you can move fast when you find the right house.

2. Understand the true cost of homeownership. You’ll need to pay the mortgage, real estate, property taxes and insurance. You’ll also need to heat and cool your home, pay to maintain it and make sure you do timely repairs. It all costs a lot more than you think (and takes time to manage).

3. Think about how easy (or hard) it will be to sell before you buy. This is one of Ilyce’s favorite insights from her book, “100 Questions Every First-Time Home Buyer Should Ask.” Whatever attracts you to a home will be the thing you lean on when it comes time to sell. But just because you can overlook a major flaw (a highway in your front yard or backyard, or a municipal waste facility across the street, or some other reason the location is undesirable) doesn’t mean future buyers will — unless the price reflects that.

4. The best real estate deals allow everyone to walk away feeling like a winner. Be reasonable, thoughtful and considerate in your negotiating. Listen to the professionals you’ve hired to represent you. They’ll help you land the home of your dreams.